Wade Shotter has directed a poignant campaign for New Zealand's Fire & Emergency Services. The piece is David review’s Pick of the day and a 5 start rating. Great work! ⭐️⭐️⭐️⭐️⭐️

The film, both fierce and moving, takes the viewer on a journey through the aftermath of a fire emergency, witnessing the sober reality of the firefighters return to the station. The intense sound design paired with cinematic shots makes the firefighter's emotional strain come to life.

As Wade says "The powerful voiceover written by the creatives gave me chills when I first read it. My main focus was to bring that feeling to the screen in a sensitive way that invited the viewer to feel, rather than telling them."

"Showing the aftermath from a particular firefighters point of view felt like a unique and subtle direction that would allow the ominous sense of dread to build in more of a psychological manner."

"There's a harrowing universality to this hard-hitting film from Fire and Emergency New Zealand, which reminds viewers that fires depicted onscreen don't reflect reality. A severe voiceover lays this out in forensic fashion, detailing each aspect that movie fires get wrong - from the assumption flames are the biggest killer to the perception there's plenty of time to escape. In fact, the film solemnly asserts, you're likely to be dead in three minutes.

Director Wade Shotter shrewdly focuses on the emotional impact of a house fire on one firefighter. The weight on his shoulders is palpable, as descriptions of desperate scratches on doors and the howls of parents whose children didn't escape turn audience stomachs. It makes the final request - to install working smoke alarms - seem so utterly simple in comparison that those watching will surely be compelled to oblige" David Reviews 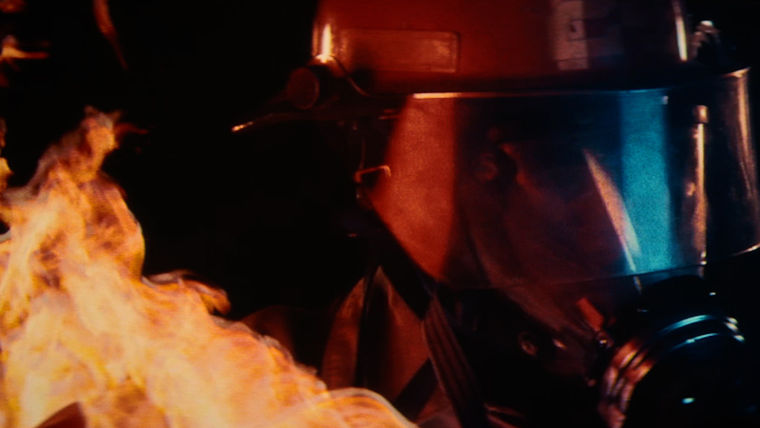