It's not often you get asked to go camping with the family and get paid to do it - so when Driven asked us to make a film for their clients Go Outdoors new season of tents, barbecues and outdoor apparel we signed up on the spot. Of course, the family were actors and we had a film crew of 45 with us... but we still had a great time... The result is a glorious celebration of the British summer told through the joyous travels of a family dog who has persuaded his family to drop their tablets, Playstation controllers and phones in favour of cycling, camping and generally going wild in the country.

Did I mention the dog does this by singing to them? ...Ah ok... He's a singing dog by the name of Charlie ...and he does a great Gary Barlow Impression!

The campaign which broke on national TV yesterday was created by Chris Lear, Danielle Mensah & Rebecca Bates at Driven and the post-production work was undertaken by the very talented team at Coffee & TV.  The CGI work to make Charlie sing was completed over 6 weeks and as Adam Johnson says: "it was a long and meticulous process involving many, many cups of tea (and occasionally something stronger)... but we got there, putting musical words into the mouth of Charlie, our beloved hound." 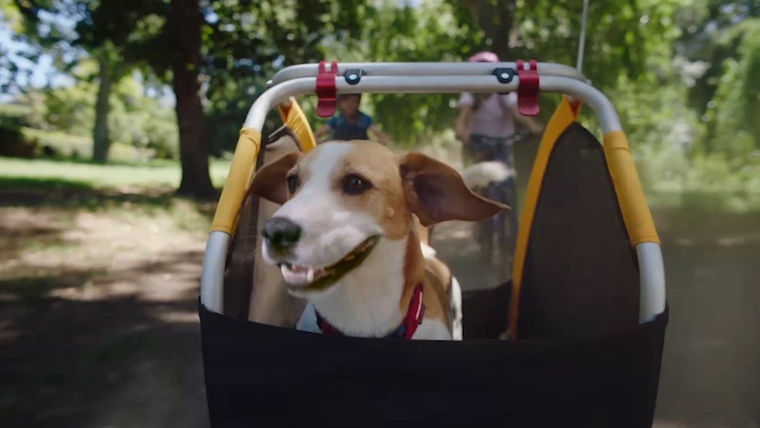